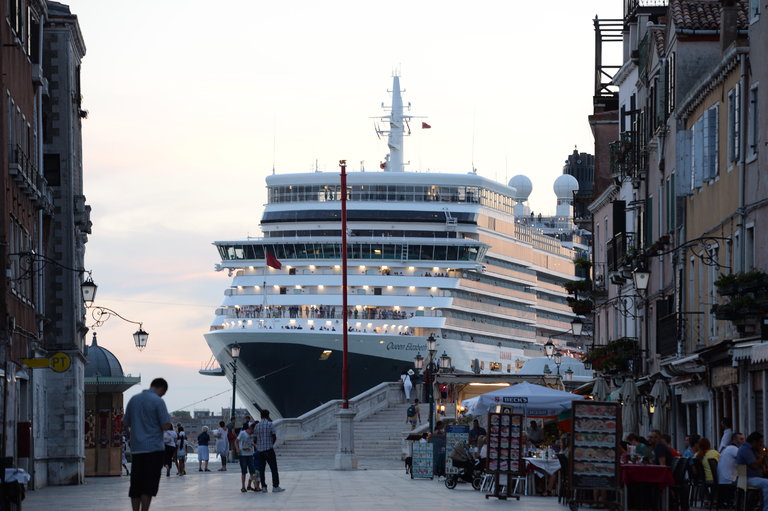 PISA, Italy — A deadly plague haunts Venice, and it’s not the cholera to which Thomas Mann’s character Gustav von Aschenbach succumbed in the Nobel laureate’s 1912 novella “Death in Venice.” A rapacious tourist monoculture threatens Venice’s existence, decimating the historic city and turning the Queen of the Adriatic into a Disneyfied shopping mall.

Millions of tourists pour into Venice’s streets and canals each year, profoundly altering the population and the economy, as many native citizens are banished from the island city and those who remain have no choice but to serve in hotels, restaurants and shops selling glass souvenirs and carnival masks.

Tourism is tearing apart Venice’s social fabric, cohesion and civic culture, growing ever more predatory. The number of visitors to the city may rise even further now that international travelers are avoiding destinations like Turkey and Tunisia because of fears of terrorism and unrest. This means that the 2,400 hotels and other overnight accommodations the city now has no longer satisfy the travel industry’s appetites. The total number of guest quarters in Venice’s historic center could reach 50,000 and take it over entirely.

Alarm at this state of affairs led to last month’s decision by the United Nations Educational, Scientific and Cultural Organization to place Venice on its World Heritage in Danger list unless substantial progress to halt the degradation of the city and its ecosystem is made by next February. Unesco has so far stripped only one city of its status as a heritage site from the more than 1,000 on the list: Dresden, after German authorities ignored Unesco’s 2009 recommendations against building a bridge over the River Elbe that marred the Baroque urban ensemble. Will Venice be next to attain this ignominious status?

In its July report, Unesco’s committee on heritage sites expressed “extreme concern” about “the combination of ongoing transformations and proposed projects threatening irreversible changes to the overall relationship between the City and its Lagoon,” which would, in its thinking, erode the integrity of Venice.

For now, gigantic cruise liners regularly parade in front of Piazza San Marco, the city’s main public square, mocking the achievements of the last 1,500 years. To mention but one, the M.S.C. Divina is 222 feet high, twice as tall as the Doge’s Palace, a landmark of the city that was built in the 14th century. At times, a dozen liners have entered the lagoon in a single day.

The inept response of the Italian authorities to the very real problems facing Venice gives little hope that this situation will change anytime soon. After the shipwreck of the Costa Concordia in January 2012 off the coast of Tuscany left 32 people dead, the Italian government ruled that megaships must stay at least two miles from shore to prevent similar occurrences in the future. But the Italian government, predictably, failed to stand up to the big money promised by the tourist companies: A loophole to that law was created just for Venice. A cruise liner running ashore in the Piazza San Marco would wreck centuries of irreplaceable history.

Furthermore, after a corruption scandal over a multibillion-dollar lagoon barrier project forced Mayor Giorgio Orsoni to resign in June 2014, he was replaced a year later by Luigi Brugnaro, a booster of Venice’s tourism. Mr. Brugnaro not only fully welcomes the gargantuan ships but has even proposed the sale of millions of dollars of art from the city’s museums to help manage Venice’s ballooning debt.

The destruction of Venice is not in Italy’s best interest, yet the authorities remain paralyzed. Local authorities — the city and the region — are at odds with the government in Rome. Regardless, they have failed to diversify the city’s economy, meaning that any changes would put the few remaining Venetians out of work. To renew Venice’s economic life, new policies are strongly needed, aimed at encouraging young people to stay in the historic city, encouraging manufacturing and generating opportunities for creative jobs — from research to universities and the art world — while reutilizing vacant buildings.

No effective provision on Venice’s behalf has been enforced so far by the Ministry of Cultural Heritage, although protection of environment and cultural heritage is among the fundamental principles of the Italian Constitution. Nor are authorities developing any project whatsoever aimed not just at preserving the monuments of Venice, but at ensuring its citizensa future worth living.

If Italy is to spare Venice from further violation by the new plague devouring its beauty and collective memory, it must first review its overall priorities and, abiding by its own Constitution, place cultural heritage, education and research before petty business.